I appeared on BBC Wiltshire earlier today to talk about the Same-Sex Marriage Bill. Unfortunately due to nerves I am not sure I was as eloquent or articulate as I might have been; a problem I will not have when I next go in to do my religious “Thought for the Day” on the show.

There is one point I didn’t get around to that I really wanted to- what the bible says about Homosexuality. 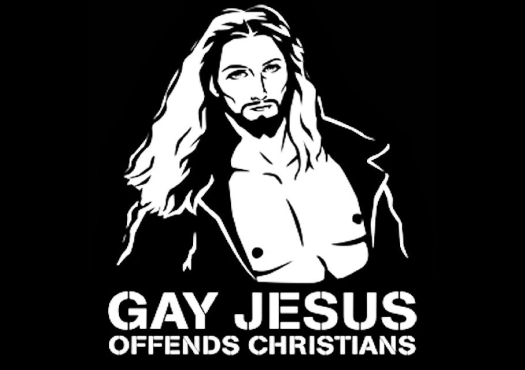 One problem is that there is very little in the old testament which directly says don’t have gay sex. In Genesis 19:1-11 when two angels appeared before Lot, the last righteous man in Sodom (2 Peter 2:7-8), they decided to stay at Lot’s house resulting in all the men of the town trying to break in so that they could rape the Angels. Lot attempted instead to offer his two virgin daughters to the rape gang. This has often been used as an example of Homosexuality being so wrong it would be better to offer up your family for rape than let a man rape another man, however Lot was just trying to be a good host to his divine guests (Genesis 19:8). We need something a bit more solid, and luckily for us sinful mortals the Book of Leviticus has just the ticket.  We all know this famous piece of Christian kindness:

“If a man also lie with mankind, as he lieth with a woman, both of them have committed an abomination: they shall surely be put to death; their blood shall be upon them.” (King James Bible, Leviticus 20:13)

Pretty clear that; kill men who have sex. There is no mention of Lesbianism though so clearly the ancestors of modern Christianity didn’t mind a little bit of lady love happening from time to time and who can blame them? Leviticus is not a good go to place for Christians who oppose Gay Marriage (or homosexuality) in general though as 4 verses earlier Leviticus says this:

If Leviticus is why you oppose gay marriage then it makes you an awful hypocrite if you don’t also kill your unruly children. Any person defending the Bible by saying things such as “Oh but that’s the old testament” should be quickly reminded that Jesus himself said multiple times that every rule and law in the old testament is still true (Matthew 5:17-19, Luke 16:17, 2 Timothy 3:16, and 2 Peter  1:20-21). In fact Jesus even reminds people that they should follow the commandments in the Book of Leviticus twice, specifically the part about killing Children (Matthew 15:4-7, Mark 7:9-13). Given that we now know how Jesus feels about killing kids, we can surely assume the same was true for Gays?

Jesus Against the Gays

Despite clear views on when infanticide is appropriate Jesus never outright said anything prohibitive of homosexuality, although Jesus did talk on marriage and adultery (sex outside of marriage, biblically). Famously Christ said that you should cut out your eyes if you are too often tempted by pretty things in short skirts and cut off your right hand if that is just too tempting and keeps edging up your leg betwixt your thighs; better to lose limbs than to be tempted by sexuality outside of marriage (Matthew 5:27-30). Also, on marriage, Jesus says that it is a union of a man and a women that can never be undone (Matthew 19:4-6), however in this passage Jesus is really trying to get the point across that you are not allowed to get divorced. The modern Christian position on these two passages is that you can’t have sex outside of marriage and marriage is for a man and a women, therefore gays can’t get married and therefore cannot have sex without sinning. I struggle with this logic though, as if one is to infer from Matthew 19 that because heterosexuals can marry homosexuals cannot, we may as well infer that heterosexuals cannot divorce and homosexuals can! To be fair though that argument is hardly in the spirit of the Jesus’ Jewish upbringing.

Jesus… For the Gays?

So we know the Old Testament says kill people who have gay sex, and that Jesus supports every single law written in the old testament. We know that Jesus did not want people having sex outside of marriage because they would go straight to hell if they sinned in that way, and he probably thought marriage was between a man and a woman only. It would almost seem as though there is a clean cut case for Christians to oppose Gay rights. If only the Bible were so simple! As I said earlier Jesus said nothing directly prohibitive of homosexuality, but he did not leave it out completely. In fact Jesus seems to think that homosexuals actively engaged in coitus could be going to heaven! In Luke 17 Jesus is talking about how on the day of Judgement families will be split apart as the individuals who are right with God will be taken to the kingdom of Heaven and those who have sinned will be left behind when he says this:

Before I continue I should explain the use of the word ‘Grinding’ (as if two men in one bed didn’t make it clear enough) because many people are shocked to hear Jesus use such callous language. The Gospel of Luke has been translated from Greek, and using the term ‘grinding’ for sex was the normal and adult way to talk about the act in those days.  In fact, the use of the term grinding is commonly used in the bible to mean sex (Job 31:9-10, Judges 16:21, Lamentations 5:13). I don’t want to go into too much detail here about the ancient Greek language, but it seems pretty clear what is meant in Luke 17; you can be gay and go to heaven.

So there we have it- taking the most literal interpretations Jesus does not want gay people to commit adultery, and therefore go to hell, by having gay sex outside of marriage; marriage being a strictly heterosexual affair. He says you must follow the old law and kill gay people who have sex, but only the gay men who have sex. Even though gay people in the act of sexual congress are committing adultery and going to Hell they may good enough to be taken to the kingdom of Heaven anyway. That is what the bible and Jesus have to say about homosexuality. I’d advise using a different book to make your mind up about this issue…

(Note: in many versions of the Bible created within the last 30 years Luke 17:34-35 has been altered, normally to something along the lines of “I say to you, there will come a day when two people will be in the same bed and one will be taken whilst the other is not. And two women will be grinding corn in the mill together and one will be taken and the other will not.” There is no justification for this as the Greek is very clear in assigning Gender and it does read two male men in bed. Likewise, there is no reason to think that the two women were grinding some food stuff, this has simply been added seemingly to avoid awkward questions. This passage has been so difficult for Christians to accommodate within a framework that calls homosexuality wrong that they have merely changed the original passage and in my opinion that reeks of intellectual dishonesty and insecurity)