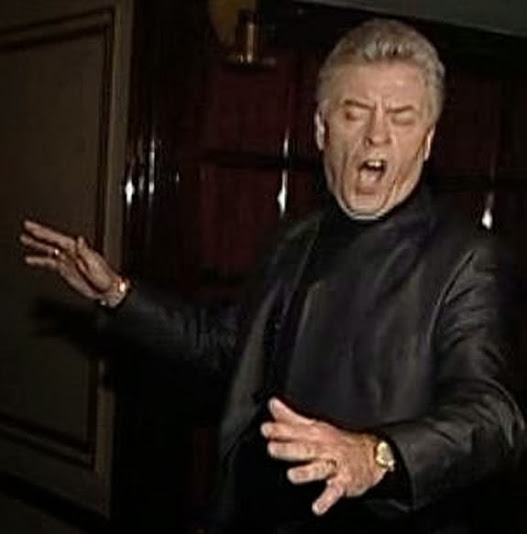 This Thursday (13th March 2014) our local council-run arts centre is hosting a show by a “psychic medium”. These shows are of course still quite popular, both live and on TV, however we at Swindon Humanists are very disappointed that this is considered a good use of a publicly-funded arts venue.

The show has also been handed some free publicity by a local newspaper, which has written an article about the “psychic medium” concerned. It begins:

THERE seems to be a rule that mediums – people who say they can communicate with the dead – must conform to one of two stereotypes.

The first is a flamboyant TV personality prone to histrionics, bad hair and ‘possession’; and the second is an elderly person exuding groans and ectoplasm during a front parlour seance.

We would say mediums can be more simply split into two different groups – those who genuinely believe they can talk to the dead but are unwittingly using well established techniques and deluding themselves, and those who are simply con-artists out to exploit people with a belief in the afterlife or worse, people who are grieving the loss of a family member or loved one. Unfortunately, the article fails to even mention either of those possibilities or the fact that talking to the dead is not supported by a shred of scientific evidence.

So to help potential audience members decide which group this particular “psychic medium” falls into, here is a link to the excellent website Project Barnum, set up to explain the techniques used in these sorts of shows and help people spot them being used. Here’s just one of the clips on the website, which helps explain “barnum statements”:

Please check out the rest of the videos on the site and the other resources they have available.

If you are planning to go to the show at Swindon Arts Centre this Thursday, or perhaps a different “psychic medium” at The Wyvern or any other venue, why not download and print off this “How to spot cold reading” bingo card and see how many of the statements on it are used? As well as adding an extra element of fun to the show(!), it might help you decide if the person is simply trying to con you:

Thanks to Hayley Stevens at Project Barnum for permission to use their material.