Swindon Humanists are delighted to formally announce that Lord Joel Joffe is supporting our group and is now officially the Patron of Swindon Humanists. Lord Joffe lives in Liddington and is a long term supporter of the BHA.

Lord Joffe’s career is an extremely impressive and historically important one. After qualifying in Law in Johannesburg, South Africa in the 1950s, he practiced as a Human Rights lawyer and most notably defended Nelson Mandela in the trial that sparked the international campaign against the South African apartheid system. He has recently published a book, The State Vs. Nelson Mandela: The Trial That Changed South Africa

(click the link to buy). It is a fascinating and uniquely informative read about the trial which not only changed South Africa, but also the rest of the world. 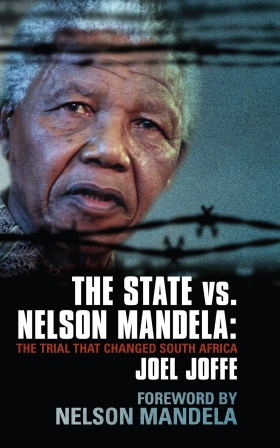 From the mid 1970’s to 2001, Lord Joffe founded or was involved with many local and national groups in a voluntary capacity. Oxfam was one of these groups.  In 1979 he became a Trustee for this massive overseas development charity and progressed through a number of roles until becoming the Chair of Oxfam until 2001.

Today, Lord Joffe works tirelessly for Dignity in Dying, a national campaign group which seeks to legalise assisted dying for terminally ill people in the UK. He will be putting forward a bill to the House of Lords in July which you can read more about here: http://www.dignityindying.org.uk/.  We are currently planning an exciting event in association with Joel and Dignity in Dying, on the subject of Assisted Dying, which will be taking place in Swindon during June 2014.  Details will be released soon.

We truly could not be more honoured to welcome him to our group as Patron and to thank him on behalf of everyone in Swindon Humanists for his support.