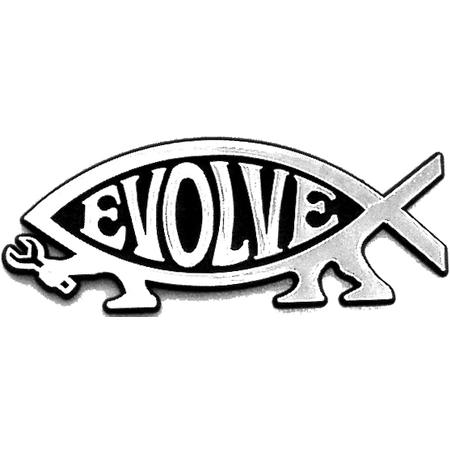 Swindon Humanists had a stall at the Old Town Festival again this year and once again it was a really enjoyable day. Last year’s festival was pretty much the first event we as a group took part in, so to return this year to represent humanism and non-religion for the town was great. Once again we were somewhat outnumbered by the many religious stalls, but that gave us (and them) the chance to have some great conversations about our beliefs.

One very nice man who came to our stall to chat was from the local Christian Evangelical church and we discussed quite a few topics including morality, mortality, cosmology and also evolution. He was a creationist and didn’t believe in evolution and I began to explain that I did, although it wasn’t really about belief, it was more an acceptance of the scientific consensus and the overwhelming amount of evidence for evolution. But then he asked a very straightforward question that took me back somewhat:

A perfectly obvious and valid question of course and I think it was more the feeling of ‘blimey, where do I start?’ that made me pause for a moment before saying something about going to any natural history museum or read any number of excellent books on the subject I could recommend him then and there. But he was also claiming something more specific; that evolution – or rather speciation – had not been observed in a laboratory. My colleagues and I proceeded to explain that that isn’t the case, and why the evidence for evolution is undeniable. This post is merely to point anyone who has similar views, or similar questions, in the right direction to find out what that evidence actually is.

The first thing to note is that the evidence for evolution comes from a wide variety of sources and indeed several different branches of science altogether. Even if it were true that speciation hadn’t been observed in a lab (it’s not), that wouldn’t affect the mountain of evidence from other areas. My first thought when I decided to write this post was that I’d describe the many lines of evidence for evolution and find references and links to the many sources online where they could be explored further. But then I thought – why do I need to? This is not a subject that is buried in technical, academic or hard to locate websites. If anyone genuinely wants to learn about the evidence, the best way to start is to simply just google for it, or go to Wikipedia. So, here are some Wikipedia links from which to start finding out about evolution, concepts within it and the evidence for it:

Evolution as fact and theory

That is just a small selection of some of the pages that Wikipedia has on evolution, it really is an extensive resource that has a vast number of references and links to further reading. I would also personally recommend a handful of books that would also help greatly anyone wanting to understand evolution:

On the Origin of Species (Oxford World’s Classics)

The Greatest Show on Earth: The Evidence for Evolution

Why Evolution is True

Evolution: The Triumph of an Idea

The Ancestor’s Tale: A Pilgrimage to the Dawn of Life

Again, there are many many more books that could go on that list.

There are a couple of other things worth pointing out. Our friendly Evangelical Christian told us he knew someone personally with a PhD, a highly respected scientist (I forget the precise details I’m afraid) and that this person was a creationist and rejected evolution – as if that were a knock-down argument for his case. Firstly, remarkably intelligent people can believe things that are flat out wrong. This should really be entirely obvious, and it’s not hard to find examples. Not even a Nobel prize shields you from believing some completely ridiculous things, as it turns out. Secondly, a single anecdotal example like that isn’t evidence for anything, for or against the argument. I’ll simply quote here a line from the Wikipedia page on the creation-evolution debate that I posted earlier:

Within the scientific community and in academia, evolution is an undisputed fact and the level of support for it is essentially universal. Support for Abrahamic religions’ accounts or other creationist alternatives is very low among scientists, and virtually nonexistent among scientists in the relevant fields.

That being the case, to believe that virtually every scientist of note on the planet with relevant expertise is wrong, and that every equivalent scientist for the last 150 years since Darwin published On the Origin of Species has also been wrong (especially considering that if they’d be able to prove Darwin wrong, it would also certainly result in a Nobel prize and their name in the history books) is just not in the realms of possibility. Another alternative, that evolution is one enormous conspiracy perpetrated on the human race (for who knows what ends) puts anyone who thinks that into the same conspiracy theory mindset of those who believe the Apollo moon landings were faked, or that the Earth is in fact a flat disk and not an oblate spheroid. I’m not sure which of those a Christian Evangelical would want to go with, but the point is that from a scientific point of view (and our questioner was looking for scientific evidence) there is no controversy – evolution is a fact and the Modern Evolutionary Synthesis (the current Theory of Evolution) is our current best explanation of how it occurs.

Which brings me to my final point. Just last month, the Government banned all existing and future Academies and Free Schools from teaching creationism as science. To quote the British Humanist Association:

It’s in this context of course where the debate changes from a few people at a local fair having a fun debate about what they believe about stuff, to the importance of providing our children with a high quality education. Creationism is not science, it’s pseudoscience (it’s religion of course, in essence) – which is why it has rightly been removed from the science class. I want children to also ask “What evidence?” when learning about evolution, and it’s science that provides answers, not religion.